Can you imagine, 2500(approx) years ago, as the plans were being drawn up for the Parthenon by Iktinos and Kallicrates, were they thinking, “Yep, you know, in two and half thousand years, people will still know our names!”? That kind of thing makes my brain want to explode.

Mr Mac and I visited the Parthenon in Athens while we were on our romantic mini-break there a couple of weeks ago. Before we actually got there, I spent most of the time in Athens looking at the giant rock atop which sits the ancient parthenon thinking, “How the hell am I going to make it up there?” It’s a surprisingly easy walk. Well, I say easy…. To get to the top of the Acropolis, we gently strolled up a pedestrian road, taking in a tour of the new Acropolis Museum (€5- well worth it) on the way, and then, when the going started to get quite steep and tough, it was made fairly easy by the hoards of tourists who slowed each other down by gawping at everything on the way. But the climb to the top, over the rickety, skew-whiff, jaggedy, broken and an-ankle-accident-waiting-to-happen ancient marble footpaths was well worth the effort. The Parthenon and its surrounding ruins is a marvellous place to see (€12 entry). The view of Athens from the top is also wonderful. I absolutely loved it. Here are some of my photos: 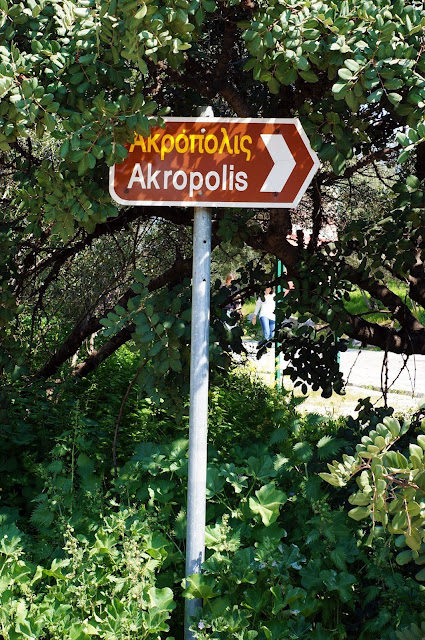 This way to the Acropolis. 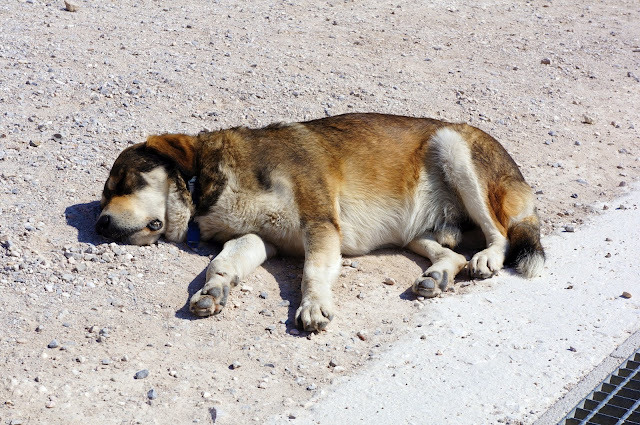 One of Athens’ many, many street dogs. They must have been busy the previous night roaming the streets because every single one we came across by the time we’d made it out to the Acropolis was sleeping sweetly and soundly in the sun. 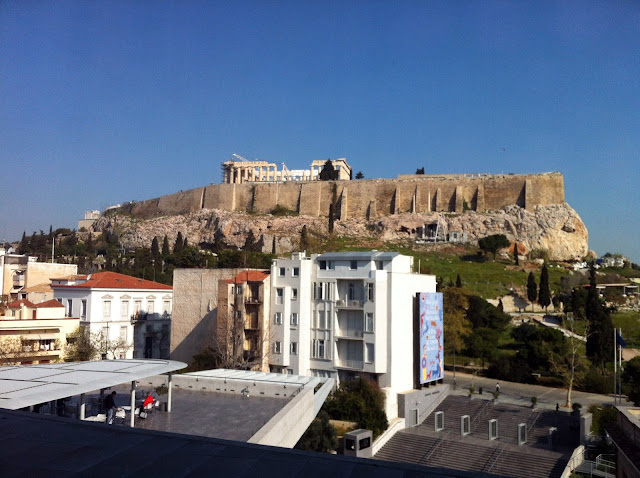 The view of the Acropolis from the third floor (I think) of the new Acropolis Museum. 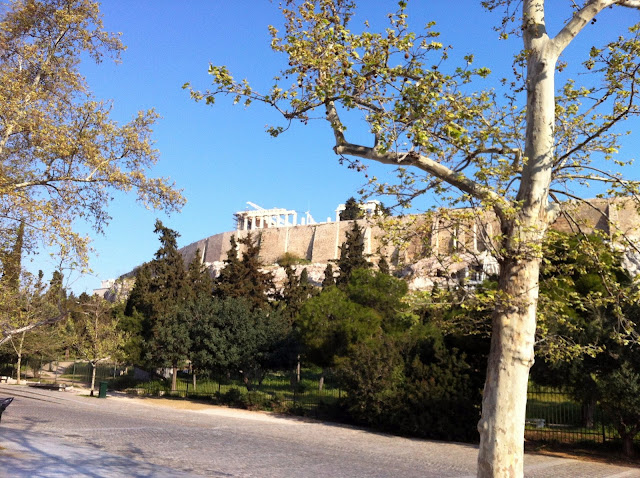 Wandering up the hill to the ancient ruins. 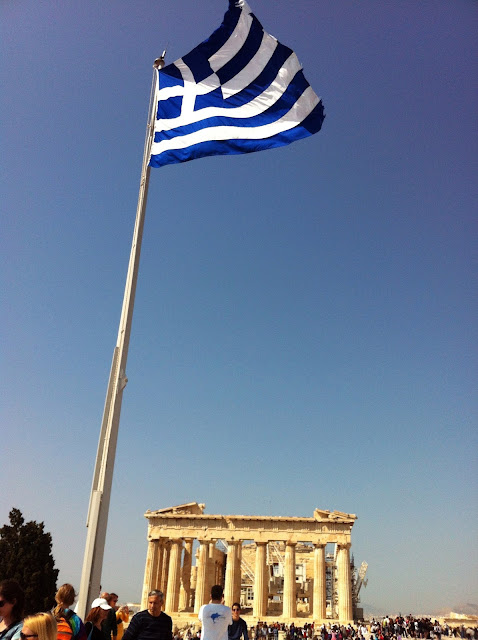 The Parthenon, baby. A wonderful place. 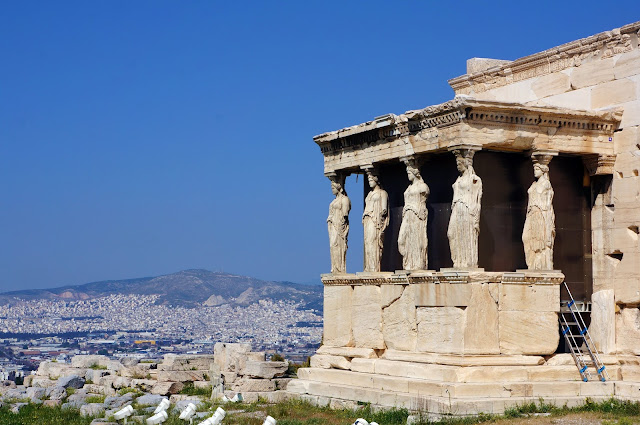 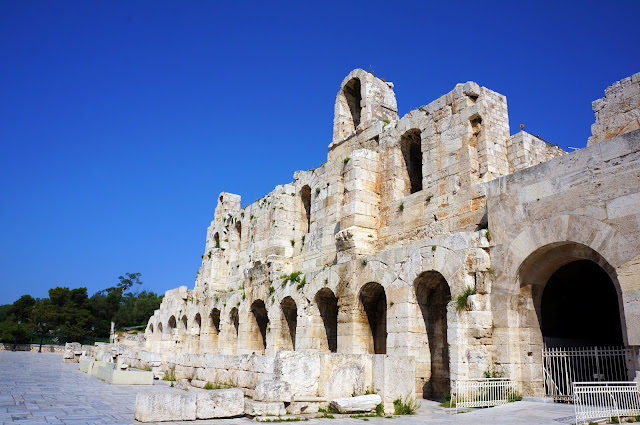 The front of the Amphitheatre. 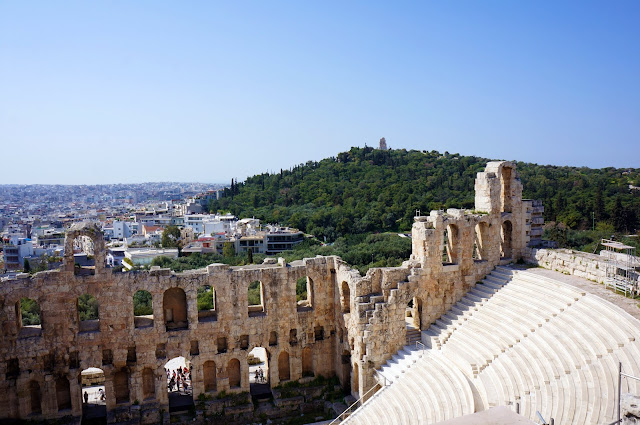 Looking down from nearly the top of the Acropolis to the Amphitheatre and, I think, Philopappos Monument. 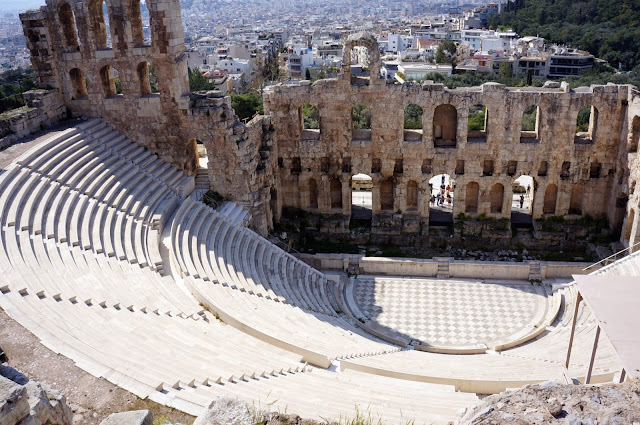 Amphitheatre again. An excellent opportunity for my Dad’s old joke, “It’ll be lovely when it’s finished!” 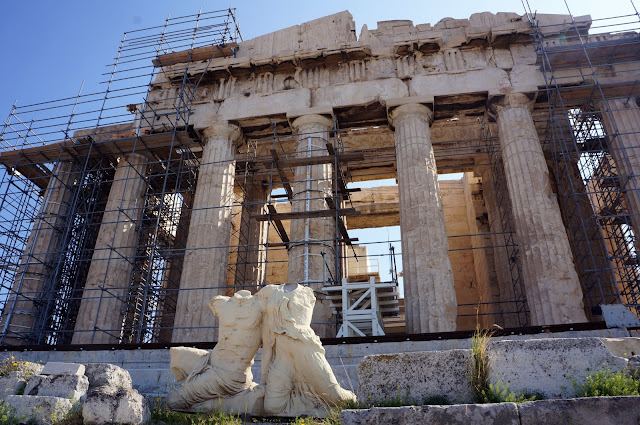 The front of the Parthenon with two headless people. 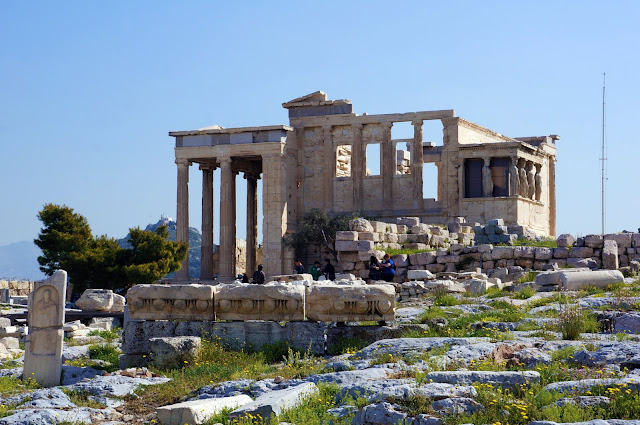 Another view of the Erectheum. 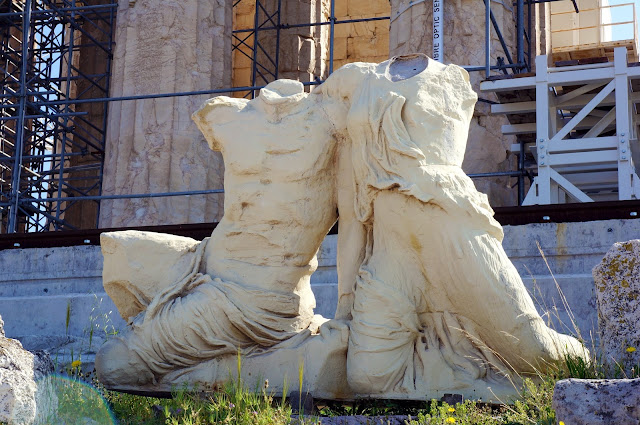 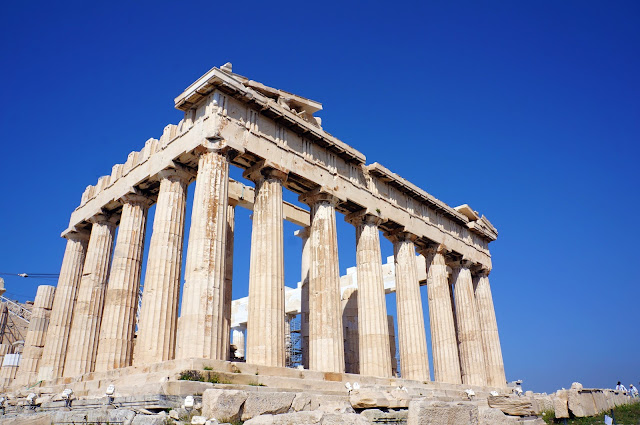 The back of the Parthenon. Amazing. 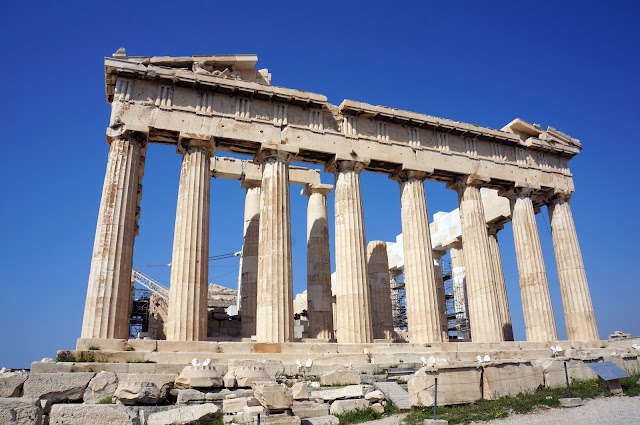 Also note the beautiful blue skies. What a wonderful day!

And just quickly an illegal snap I took in the Acropolis Museum of Athena, after whom Athens is named and who the Parthenon was dedicated to. 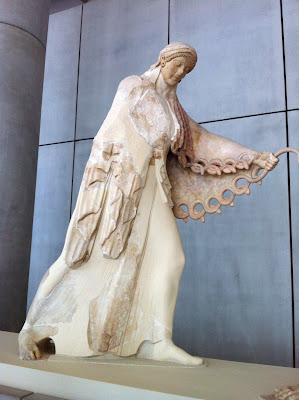