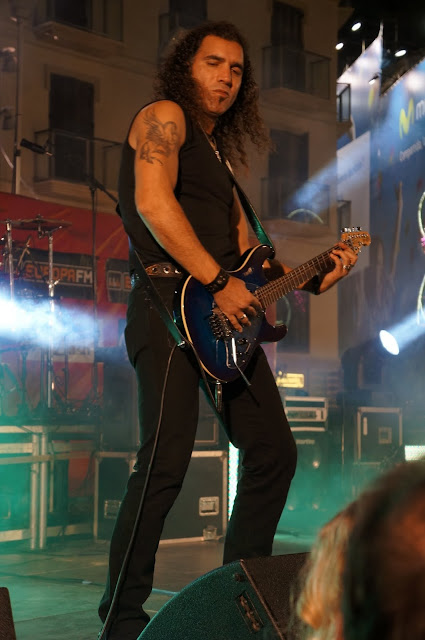 This guy! This guy is from a Spanish band called Cosa Mala. They played a free concert in the main square in Malaga tonight. Mr Mac and I walked past it on the way back to the hotel after our Tapas dinner.

We had a lovely day today. After breakfast in the hotel, we wandered around the old town of Malaga for a while. I wanted to visit the cathedral first of all but when we got there, the place was hooching; loads of classes of school children on a visit to the cathedral for some sort of special Christmas service. Each class had a guitar player and a tambourine and they all sang a song each outside of the cathedral. Every class seemed to be singing a different song each too. Anyway, the upshot of all this for us, outside of witnessing a special Spanish cultural event of course, was that we weren’t allowed to visit the cathedral at that time.

So, instead we headed out of the throng of singing school kids and found the Picasso museum. Zum Glück! it just so happened that the Picasso Museum in Malaga is having a Giacometti restrospective exhibition- two great exhibitions at once. Fab museum visit! On the way out, I was asked to take part in a survey. I was asked to describe Picasso in three words. Disappointingly I answered, “Colourful, eccentric and…….. interesting…” Oh my lord, how boring am I? 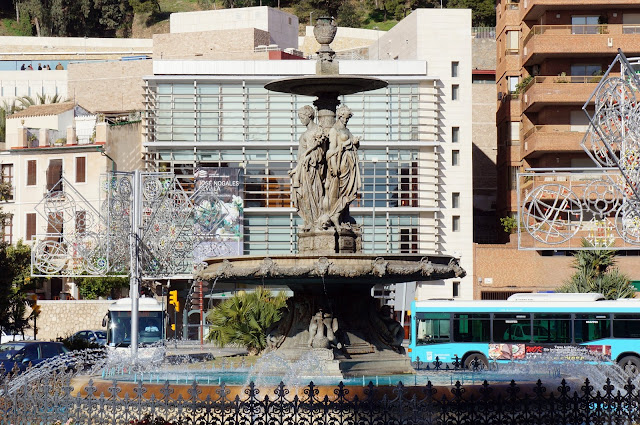 After Picasso, we took a bus tour around Malaga. The bus tour went all the way up to the Castillo de Gibralfraro on the mountains and back down, giving spectacular views across the Mediterranean on the way up. 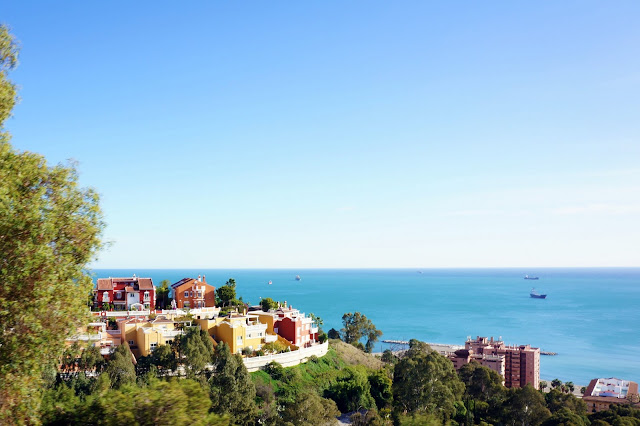 We saw some of the loveliest architecture in Malaga and heard the history of the place through our earphones. Sadly, it was too cold (even though the sun was shining brightly, there was a wicked wind coming off the sea) for us to hop off at the Castillo and take some photos. “Next time,” we kept saying to ourselves.

After the tour and one of Spain’s usual late lunches, we went back into the old town to try to visit the cathedral again and eventually find ourselves a Tapas bar for dinner. Before we made it to the cathedral, we found ourselves witnessing a flashmob! Exciting (and only a tiny bit cringeworthy)!

We eventually made it into the cathedral. There was a mass on, being celebrated by a cardinal. We soon saw- or at least I did, being the designated Catholic- that it wasn’t any old mass, it was a Confirmation mass. One of the signs in the cathedral asks that visitors don’t take photos during Mass but since it was a Confirmation, the congregation were allowed to take photos so I thought I’d get away with it too. 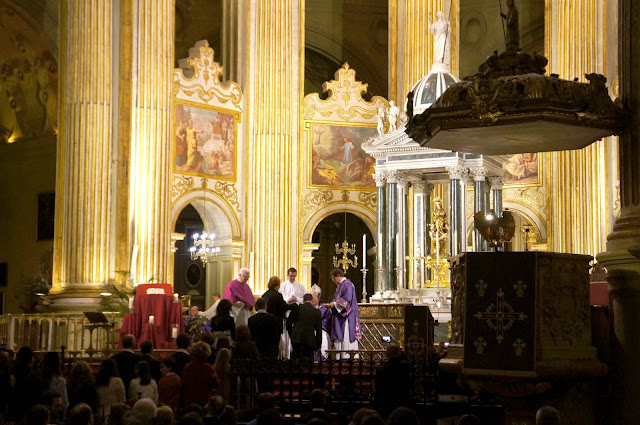 And I did. And I took some other photos too…. 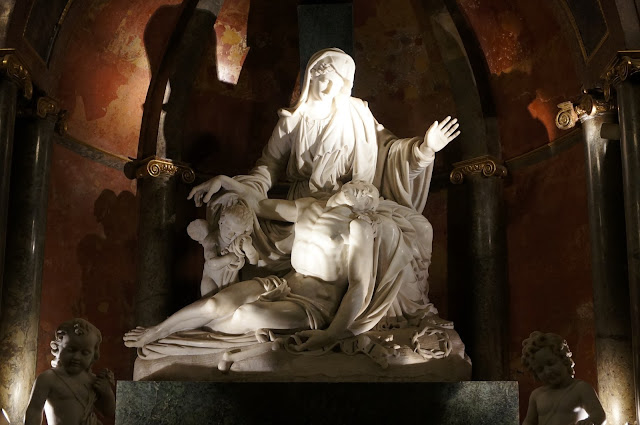 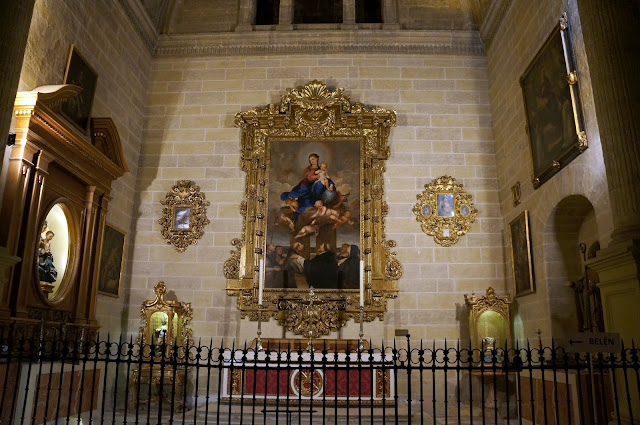 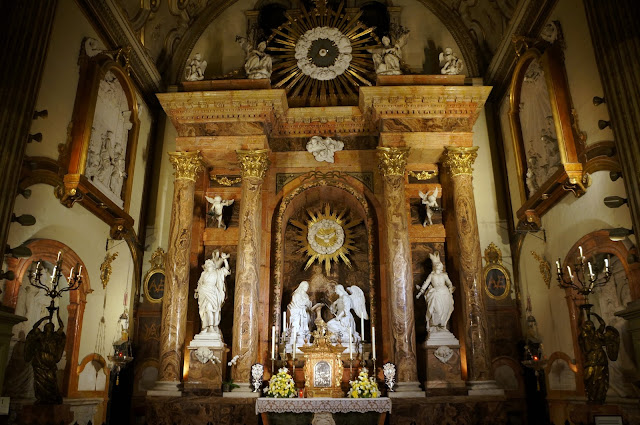 The altar at the very back of the church, behind the high altar. 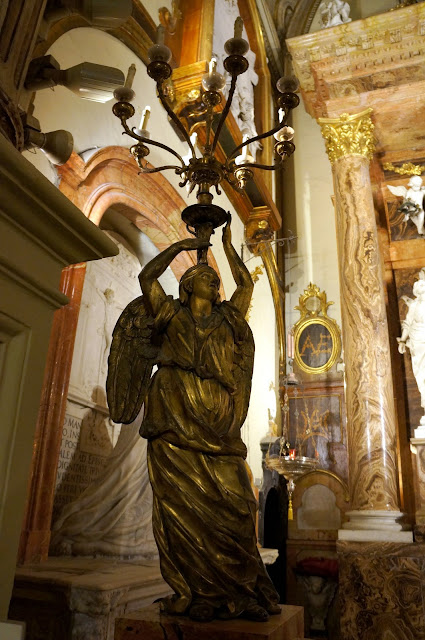 Soon it was Tapas time! We’d had a beer in a tapas bar the night before and had watched as other patrons had ordered various tapas dishes which looked delicious. So, we decided we’d have tapas for dinner at the same place tonight. Tapas is a variety of little dishes, brought out one after the other, designed to be enjoyed while having an evening drink. We chose a few dishes and we ate. Oh, we ate well.

The first dish, cubed potatoes served with a spicy sauce…. 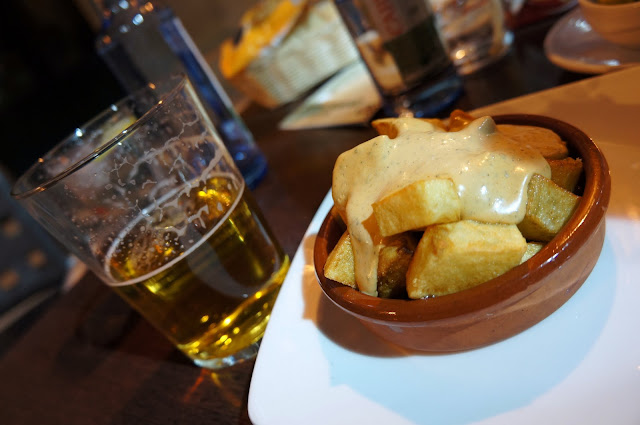 Followed by prawns sizzling in garlic and chilli olive oil. Our waiter was enthused by our choice of this. It’s apparently his favourite. Ours too… 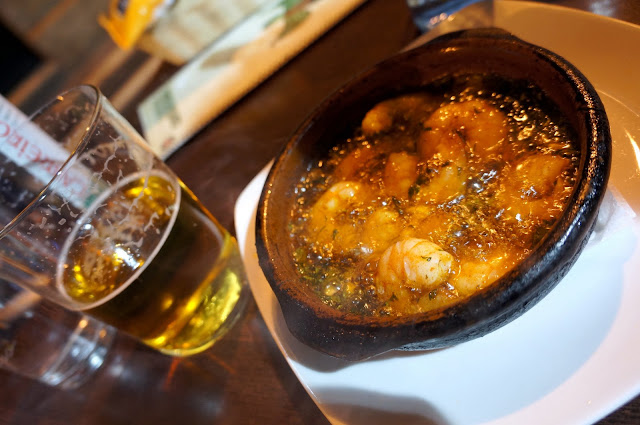 Then, the surprise choice of the night, an Adalucian speciality; fried breadcrumbs (with some sort of meat), accompanied by a roasted green pepper and a fried egg… 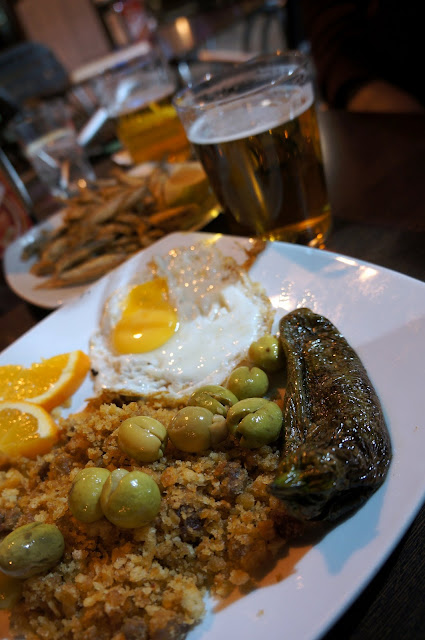 Mr Mac wanted these fried cod balls. He made a good choice but they should have come with a garlic mayonnaise… 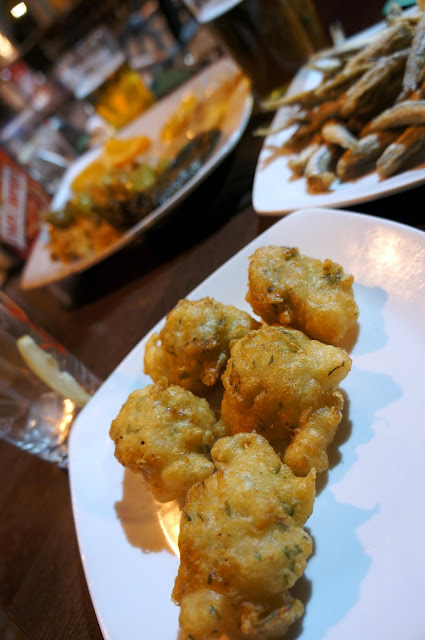 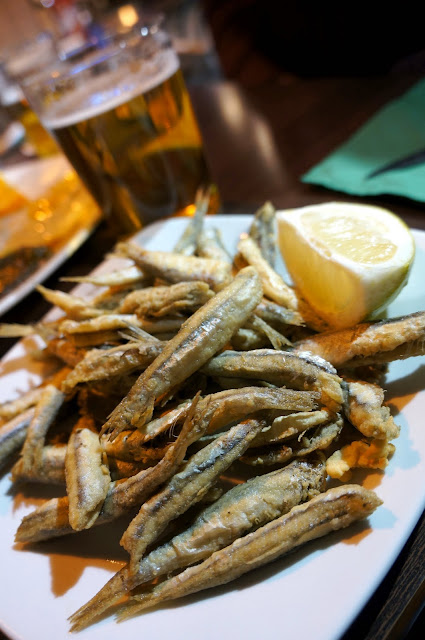 And then, when we were all done, we asked for the bill. Instead of the bill, the waiter brought out two shot glasses and a bottle of a sweet rum digestif on the house. 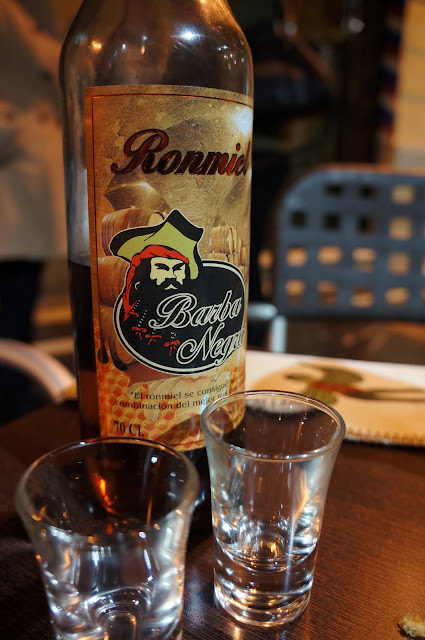 By the time we were finished eating and drinking, we were exhausted. We headed home to the hotel where we brushed our teeth, put on our pyjamas and went straight to sleep.