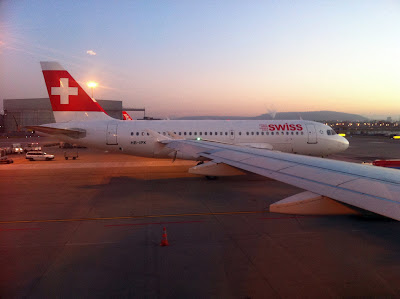 My Big LA Adventure with my dear friend, Keris, started. I hopped on this plane and few to Manchester. Because our flight to LA tomorrow left fairly early the next morning and flights from Zürich don’t start until 6am, Mr Mac booked me into a Manchester airport hotel for the evening.

After a fairly non-eventful flight from Zürich to Manchester, I spent a pleasant evening in the hotel room eating Cadbury’s chocolate, cheese ‘n’ onion crisps and watching Emmerdale on the hotel room tv.

Keris turned up before too long and we went down to the hotel bar to have a couple of drinks and catch up since we hadn’t seen each other. I was afraid we might run out of things to talk about after a while. How wrong was I? We started talking on Thursday night and didn’t stop until we said goodbye the following Tuesday! Fab.

On the plane over from Zürich, I flew directly over London, all lit up in the night. I could see the Millenium Dome, the Thames, Tower Bridge and loads more. It was a great sight. Of course, an iPhone photo out the window could never do it justice but I tried. 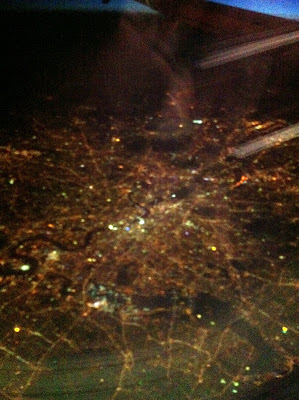