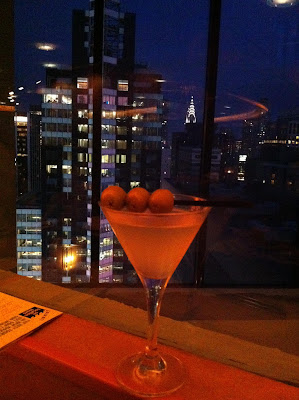 What a fabulous day we had as our first day of our holiday. Here we are on the plane together, on our way. 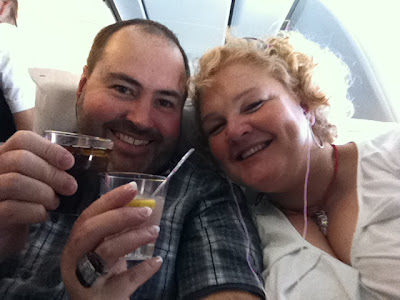 We had a comfortable flight over, exit row seats so we could stretch our legs out and because of Mr Mac’s membership of the airmiles programme, we were sought out by the maître de cabine and welcomed on board. The flight was somewhere around 7-8 hours. The sound on the films in the in-flight entertainment systeem was shocking but I managed to find an episode of Mad Men to while away some time as well as a couple of tourist information films about Switzerland. Mr Mac used his iPad to play a driving game (he is obsessed by driving games!) and drove practically the whole way across the Atlantic. 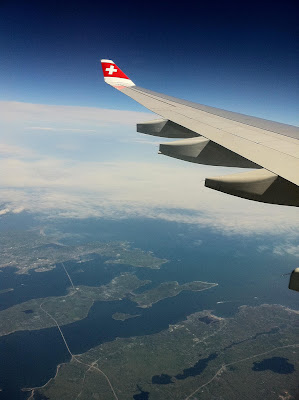 When we landed in JFK (JFK!), we met a queue at immigration at least an hour long. And then we had a taxi queue of at least the same duration. It was worth it though to watch this bloke get arrested. 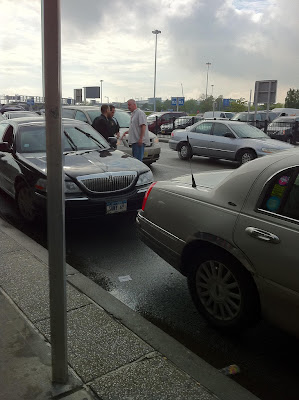 And then, eventually, we got in a New York City taxi… 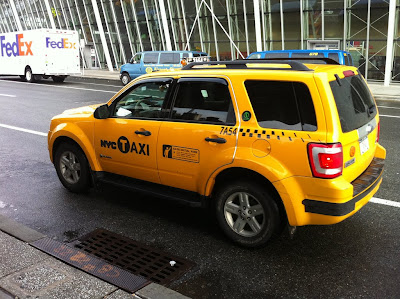 Traffic through Queens was horrendous- as compared to traffic in the Village of the Damned- but, even after our queueing marathon and the extra time we were taking to get to our hotel, we didn’t care because we kept seeing road signs with names like “Long Island Expressway” and “Van Wyck Expressway” and we giggled like loons the whole way. 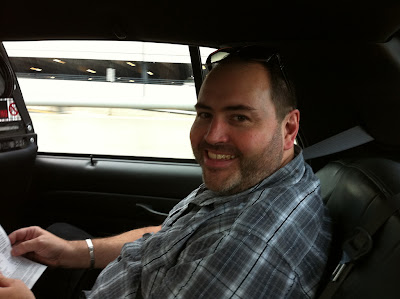 We finally made it onto the island of Manhattan where the road signs were even more exciting- Lexington Ave! Madison Ave! Fifth Ave! Avenue of the Americas!- and we found our hotel which we knew was in the Times Square area but didn’t realise that actually, it was right on Times Square. 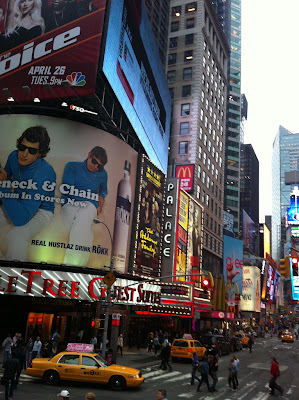 We had booked a suite from the Doubletree Guest Suites. After checking in with the super-friendly receptionist who gave us a freshly-baked cookie (yummo!), we made it to our suite which was clean and modern-looking. Comfortable and large, if incredibly bouncy, bed (don’t ask). The bathroom was the only place where the suite showed its age but was perfectly functional and clean. Unusually for an American hotel (so they tell me), the windows tilted open so we could have fresh air with the added bonus of the noise from the streets below. Perfect. 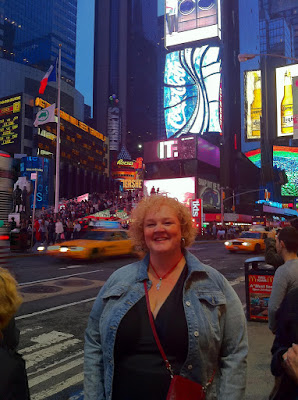 By the time we’d made it to the hotel and settled in, it was time to get ready for our dinner date at The View, New York’s only revolving restaurant. The View was only a short walk from our hotel which was a blessing since we were both so tired but dinner made up for it. We drank our dirty martinis and soaked up the constantly changing panorama. I squealed as the Chrysler Building came into our line of sight. 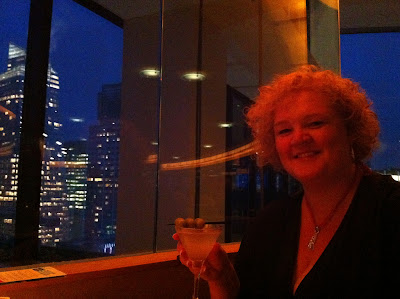 The View offers a set menu of three course. Mr Mac chose rib-eye steak while I went for the filet mignon. We both had a glass of Californian red to accompany our steaks and at the end of the meal, our attentive, talkative, but not annoying waiter brought me my dessert of New York Cheesecake with a candle for my birthday. 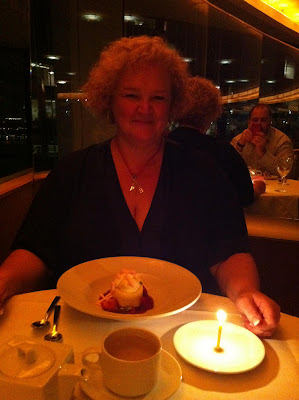 The cheesecake, as the menu promised, was the best in New York. I know this to be true because I had plenty of it while I was there.

And then, when we were stuffed to the gills with good food and tiredness was threatening to have us falling on our faces onto the dinner table, we wandered back to our hotel suite via Times Square, pushing through the throngs and feeling completely overawed by the sheer awesomeness of where we were.